The steel structure workshop has beautiful appearance, bright colors, diversified building shapes, low cost, short construction period, high degree of factory production of steel components, simple installation and construction, and flexible layout. At the same time, the steel has light weight and uniform material for easy design Many advantages such as computing and recyclability are increasingly being used in modern industrial workshops. But the steel structure workshop also has a fatal shortcoming that it is not fire-resistant. Although steel is a non-combustible material, under the high temperature of an open flame, with the increase of temperature, its mechanical indicators will change greatly, and the bearing capacity and balance stability will greatly decrease with the increase of temperature, at about 500 degrees Celsius , The reduction rate is more obvious, usually in about 15 minutes due to loss of weight-bearing capacity and collapse. 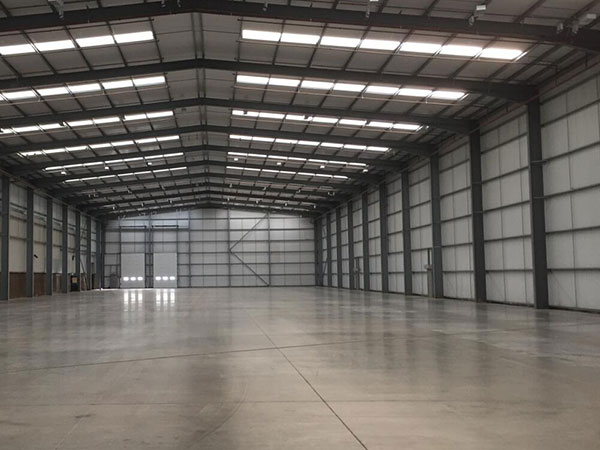 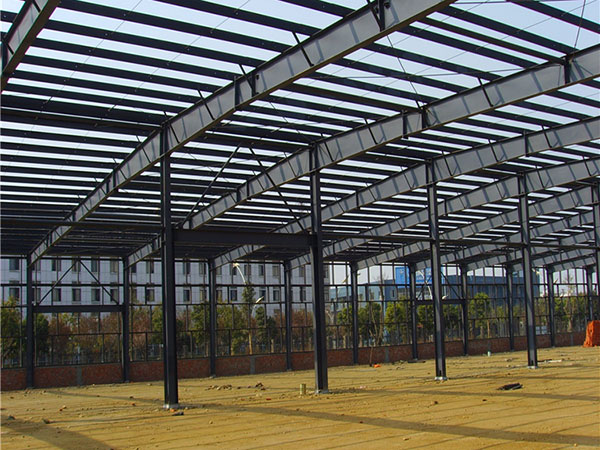 Therefore, protective measures have been taken for the building steel structure workshop. The first is to protect the steel components themselves against fire so that they do not quickly exceed the critical temperature when the fire temperature rises. The steel structure can also ensure stability during a fire within a specified time to ensure the safety of personnel and property; second, it can be used for industrial workshops Effective fire compartments are set up inside to prevent the fire from spreading and spreading to other areas.

The fire-retardant coating method is to spray fire-retardant coating on the steel structure to increase its fire resistance limit. At present, China's steel structure fireproof coatings are mainly divided into two types: thin coating type and thick coating type, namely thin type (type B, including ultra-thin type) and thick type (type H). The thickness of the thin coating is less than 7mm, and it can absorb heat and expand and foam to form a foamed carbonized heat insulation layer during a fire, thereby preventing heat transfer to the steel structure, delaying the temperature rise of the steel structure, and playing a role of fire protection. Its main advantages are: thin coating, light load on steel structure, good decoration, coating work on the surface of small area and complex shape steel structure is easier than thick type; thick type coating thickness is 8-50mm, coating It does not foam when heated, and relies on its lower thermal conductivity to delay the temperature increase of the steel structure, thereby playing a role of fire protection. The two have different performance characteristics and are suitable for different occasions. However, no matter which kind of product should be tested and qualified by the national testing agency, it can be used.

Foaming fire-retardant paint is a kind of flame-retardant paint made of film-forming agent, flame retardant, foaming agent and other materials. Compared with general paint, fire-retardant paint is basically the same in terms of physical properties. The difference is that after it dries, the paint film itself is not easy to burn. When it encounters a fire, it can delay the flame from burning to the painted combustibles, and has certain fire-retardant properties. According to the test: the general paint and fire-resistant paint are applied to the wooden boards separately, and after drying, they are baked with the same flame. The wooden boards coated with the general paint will scorch with the paint in less than 2 minutes; and the wooden boards coated with the non-expandable fire-retardant paint After 2 minutes, only smoldering phenomenon appeared, and it was extinguished immediately after standing for 30 seconds; the wood board coated with intumescent fireproof paint, even if it was baked for 15 minutes, even smoldering phenomenon did not appear. It can be seen that using fire-resistant paint on the surface of an object, once a fire occurs, it can indeed prevent the fire from spreading and protect the surface of the object within a certain period of time, thereby saving valuable time for extinguishing the fire.

The outer fire protection layer method is to add an outer layer to the outer surface of the steel structure, which can be cast-in-place or sprayed. The cast-in-place solid concrete outer layer is usually reinforced with steel wire mesh or steel bars to limit shrinkage cracks and ensure the strength of the outer shell. The spraying method can spray lime cement or gypsum mortar on the surface of the steel structure at the construction site to form a protective layer, or it can be mixed with perlite or asbestos. At the same time, the outer cover can also be made of perlite, asbestos, gypsum or asbestos cement, and light concrete to make a prefabricated board, which is fixed on the steel structure with adhesives, nails, and bolts.

B. The fire compartment of the steel structure industrial workshop

Fire zoning refers to a local area (spatial unit) divided by fire separation measures that can prevent fire from spreading to the rest of the same building within a certain period of time. Using the measure of dividing fire compartments in the building can effectively control the fire within a certain range in the event of a fire in the building, reduce fire losses, and provide favorable conditions for the safe evacuation of personnel and fire fighting. Commonly used fire partitioning methods include setting up firewalls and setting up independent water curtains, but due to the particularity of industrial production workshops, these two methods have disadvantages.

The water curtain can act as a firewall, and it is a very good solution to use an independent water curtain as a fire partition. The fire-proof water curtain belt should adopt spray type nozzles, and rain type water curtain nozzles can also be used. The arrangement of water curtain nozzles should not be less than 3 rows, and the width of the water curtain formed by the fireproof water curtain belt should not be less than 5m. This separation method is flexible, unlike the firewall that cuts off the workshop. In theory, it can be as large as possible. In normal production, it is as if it does not exist. Once there is a fire that requires fire separation, it can immediately achieve effective separation. However, independent water curtains for fire partition separation also have shortcomings: firstly, the water demand is large; secondly, fires in the workshop are often local at first, and only a few fire extinguishers can solve the problem. However, if the water curtain is activated at this time, it will Damage to production equipment, the resulting loss is greater than the loss of local fire. Therefore, it is necessary to strictly control the start time of the water curtain to prevent misoperation, so it is more appropriate to use manual start when designing; there is also troublesome effective maintenance.

In summary, at present, the fire-resistant coating method and independent water curtain are the more common methods for the fire protection and fire-resistant zoning of the building steel structure industrial workshop. However, due to the production needs of the industrial workshop, the practical application of each method is also unsatisfactory. place. We still need to constantly explore in practice in order to find better fire prevention measures to ensure the safety of personnel and property on the hardware. 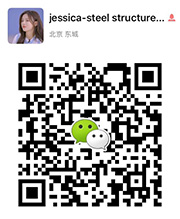